To be considered for admission to West Point, a student must be a U.S. citizen, between 17 and 23 years old, and have a high school diploma or equivalent. The application process includes taking the ACT or SAT, completing a physical fitness test, and participating in an interview.

In addition to having strong academic and physical abilities, applicants must also demonstrate leadership potential and character. They must be nominated by a member of Congress or the Vice President of the United States, and must have a strong record of extracurricular activities and community service.

Once admitted to West Point, students receive a full scholarship that covers the cost of tuition, room and board, and other fees. They must also commit to serving in the U.S. Army for a minimum of five years after graduation.

The academic program at West Point is demanding, with a focus on science, technology, engineering, and math. Students are also required to participate in military training, physical fitness, and leadership development activities. The four-year program culminates in a Bachelor of Science degree and commission as a second lieutenant in the U.S. Army.

Graduates of West Point go on to serve in various branches of the military, including the Army, Air Force, Navy, and Marines. Many also go on to attend graduate school or enter other professional fields.

The low admission rate at West Point reflects the high standards and rigorous selection process for admission. It is a prestigious institution that provides students with a unique educational and leadership development experience, as well as the opportunity to serve their country.

West Point is the oldest military academy in the United States, founded in 1802 by President Thomas Jefferson. It is located in West Point, New York, on the Hudson River about 50 miles north of New York City.

The academy was originally established to train officers for the U.S. Army, and its first class graduated in 1808. Over the years, the curriculum has evolved to include a wide range of academic and military programs. Today, West Point offers undergraduate degrees in a variety of fields, including engineering, science, and humanities, as well as graduate programs in engineering and business.

Throughout its history, West Point has been known for its rigorous academic and military training programs. Its graduates have gone on to serve in various branches of the military, and many have achieved high levels of success and recognition, including five U.S. Presidents and numerous generals and admirals.

West Point has also played a significant role in U.S. history, serving as a military fortress during the Revolutionary War and the Civil War, and as a training ground for many of the country’s military leaders. It remains a prestigious institution and a symbol of excellence in military education.

To be eligible for admission to West Point, a student must meet the following requirements:

In addition to these basic requirements, applicants must also have strong academic and leadership abilities, as well as a record of extracurricular activities and community service. The admissions process is highly competitive, with an admission rate of between 8-10% in recent years.

How do I apply for Admission at West Point Academy 2023

To apply for admission to West Point, follow these steps:

If you are selected for admission, you will receive an offer of appointment, which you must accept or decline within a specified time period. After you are admitted, you will need to complete medical and physical exams, as well as other enrollment requirements, before you can begin classes at West Point.

The acceptance rate for West Point varies from year to year, but in recent years it has been between 8-10%. This means that out of all the applicants who meet the eligibility requirements and go through the application process, only about 8-10% are ultimately admitted to the academy.

The low admission rate at West Point reflects the rigorous selection process and the high standards for admission. Only students with strong academic and leadership abilities, as well as a record of extracurricular activities and community service, are considered for admission. The competition for admission is also intense, with many qualified applicants competing for a limited number of spots at the academy.

List of Universities in the United States & Years of Establishment 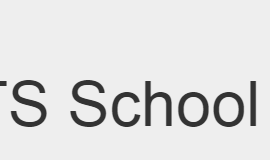